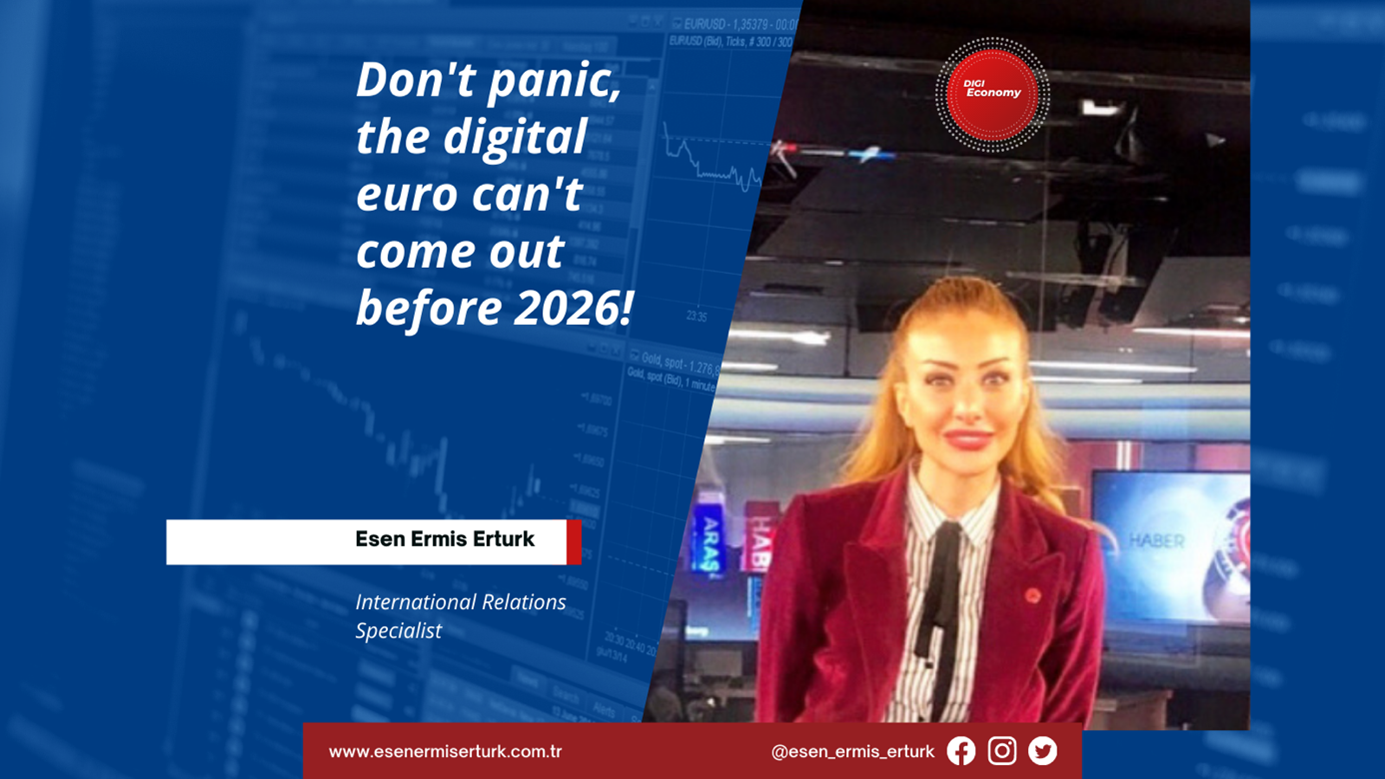 Don’t panic, the digital euro can’t come out before 2026!

The European Central Bank Announced That It Started Active Work To Create A Digital Version Of The Euro During The Week.

In a statement made last Wednesday, European Central Bank President Christine Lagarde stated that their aim is to provide digital age citizens and companies with access to the safest currency, the central bank money.

This step, which was taken during the period when the use of cash decreased significantly due to the coronavirus epidemic and the interest in cryptocurrencies increased rapidly, showed that the central banks also started to accept the change.

What is the Digital Euro?

The Digital Euro, sometimes called the E-Euro, will basically be the electronic version of the Euro Banknotes and Coins currently in use.

In this way, for the first time, individuals and private companies will be able to have accounts directly with the European Central Bank. Currently, the European Central Bank Provides Direct Services to Financial Institutions. It is thought that it would be safer for digital currencies to be directly under the control of the central bank, since private banks are always at risk of bankruptcy.

The European Central Bank has promised that the digital currency to be created will provide a “fast, easy and secure” payment system. This Service Will Be Free And Can Be Done By Card Or Smartphones.

In a sense, this will allow the European Central Bank to disable companies such as Mastercard and Visa that dominate the market.

On the other hand, the European Central Bank emphasizes that the digital euro will be complementary to traditional money rather than replacing it.

Cash Use, Already Decreasing Due to the Covid-19 Pandemic, Declining Rapidly as Customers Try to Avoid Contact.

The fact that the European Central Bank also did not want to lag behind private initiatives such as Bitcoin, Ethereum and Facebook’s Diem Project accelerated the work in this field.

On the other hand, central banks in different parts of the world are also working on digital currencies.

ECB lagging behind other central banks and does not want Eurozone citizens to turn to different sources. Because Citizens Living in Euro Zone Countries Intensely Turning To Digital Currencies Outside The ECB’s Access Will Seriously Damage The Efficiency Of The Bank’s Monetary Policies.

In this regard, the Central Bank of China has already started its first experiments with the digital renmibi. The Bank of England has also set up a Working Group to Conduct Research on a Possible “Britcoin”.

The Federal Reserve and the Bank of Japan are also working on digital currencies.

What are the risks?

Commercial Banks in the Euro Zone could be seriously damaged as the demand for traditional bank accounts will decrease with the intense public turn to digital money.

This situation can become more threatening in times of economic crisis because savers may switch to the digital euro they see as safe, causing massive cash outflows from banks.

In order to prevent this, it is stated that the European Central Bank may limit the amount of E-Euros that individuals can keep in their digital wallets.

ECB Board Member Fabio Panetta stated that this upper limit could be around 3 thousand Euros as an example, but the exact figure will be discussed in the next 2 years.

The ECB will also have to strike a balance between privacy demands and anti-money laundering measures. Because experts state that the digital euro will be insufficient to hide who is its owner, as much as cash.

Apart from all these, the biggest obstacle to the digital euro, according to Deutsche Bank Analyst Heike Mai, is whether individuals will be willing to abandon their current payment habits and switch to a new system that is not so different.

When Will the Digital Euro Be Used?

After Preliminary Studies and Public Consultations, ECB Green Lighted the Next Step of the Project and Started a 2-Year Research on the Design and Distribution Options of the Digital Euro.

Required Law Changes will be worked on during this period. Germany and France have announced that the final word in the Digital Euro will be spoken by a political decision taken by the Member States.

It will take another 3 years if it is approved for the implementation phase after the research phase. That is, it does not seem possible for the digital euro to be released before 2026.